Yesterday, I received an email from an extraordinary woman I had met last year on
Camino del Norte, so now I want to share the happenings of the day that has
brought us together.
I was leaving Luarca before dawn, in gloomy and quite cold weather with the hope
that the rain might still elude us. I say us talking about us -the dozens of  
pilgrims who had stayed in the shelter (albergue) of the above-mentioned
settlement- because I was starting on the road by myself, as I usually did.
Luarca is a very nice little town, perched on a hill surrounding the bay. I will
put up resentative pictures another time, right now I want to talk about
something else. As I said, the weather was not favorable and around 9 a.m. it
began to rain earnestly, mocãneascã rain even if we were in Spain. 
Alone on a mountain road, with the rain that was coming from all sides, I was
feelig like I wanted to cry, but the only way was forward. My sandals were
making a fleoºc, fleoºc sound at every step, I was wet up above knee. I only  
then truly understood the meaning of the phrase wet turkey . 
I was looking forward to get to a certain, bar which was advertised to be
somewhere in the forest, to drink some coffee and eat something warm. Behold the
small village finally appears. I entered the bar, where patrons greeted me with
the warmth with which you greet a known and beloved guest. I ordered a coffee
and tortillas de patatas , a variety of food with potatoes, which I think has  
more than one recipe because each time it has a different but alway pleasant
taste.
While I was enjoying my coffee and some biscuits that i had on me, a group of
soaking wet but high spirited pilgrims entered the bar.
I check the weather to see if the rain had intensified and if the wind was
blowing harder, which would be bad even if it would blow from behind while on
the road. I encourage myself to go out again on a wheather unfit to leave a dog
outside. It was August in Spain but it looked like October in Romania.
I had not gotten very far with the rain whipping at my face before I got the
feeling that I just wanted to sit by the road side and cry until my tears ended.
But my moata spirit did not abandon me, so I thought singing would be better  
than crying, better for morale.
Said and done, I start singing out loud all the songs I remember, in all
languages of the world. It was really working, I was starting to feel less
oppressed by fate, when suddenly on the edge of a bridge, another wet turkey ,  
even wetter than me, Peregrina (a pilgrim) with no cape only a small raincoat, 
seeming to have the same mindset as me a few minutes ago.
Hola!
Hola, Buen Camino!
We greet and I continue my march singing, as if the sun was high in the sky and
the whole world were mine.
Upon taking a look back I noticed I had a companion, Trudi, a petite woman with
a big smile on her face. She was walking behind me with a stain on her cream-
colored pants left from a fall in the mud. We had met before, so I knew she was
German but she had moved to Spain about 20 years ago with her whole family.
We start talking and the next 8 kilometers seem to fly by, all laughter and
singing. I put up pictures with us below from the day we met and the next day
when the weather was kinder with us.
In the following days I will post Trudi s letter and how we spent two and a half
days together.
I wish you a sunny day!
Manuela Sanda Bacaoanu a „moata” in the Apuseni Mountains (Romania)
PS Trudi is 72 years old. I think she s wonderful! 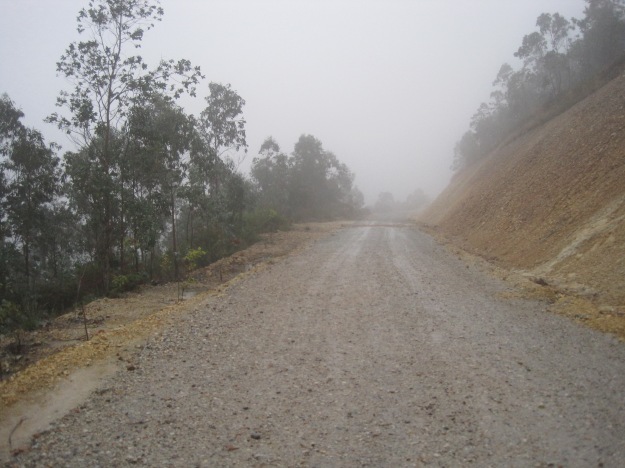 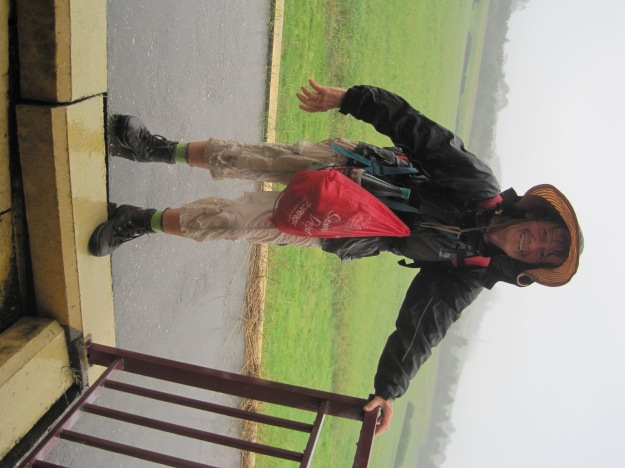 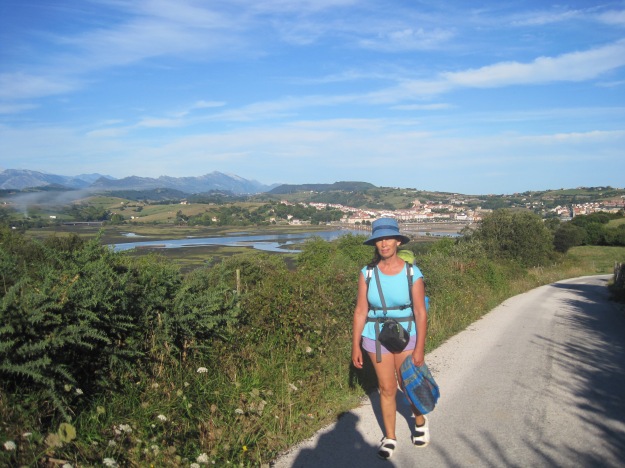 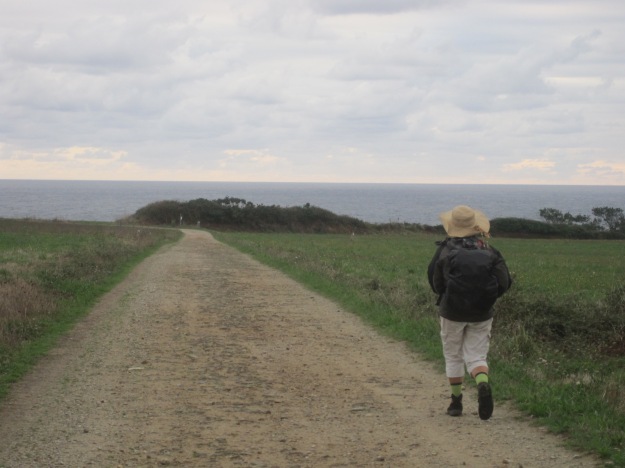